If we were to plan the Royal Wedding…

We understand that planning and executing your dream wedding is a huge task in itself being Asian wedding planners and stylists ourselves. When the scale of your wedding is larger, there is a lot more to factor in as there are more suppliers on board, the level of planning becomes tripled and logistics will be crazier.
With the prestigious Royal Wedding that took place last weekend on Saturday 19 May 2018 we got our thinking hats on in the office as the Royal Wedding was huge and the level of planning that went into Prince Harry and Meghan Markle’s wedding was insane!
So, our Wedding Assistant Intern Rhea has got creative this week and is sharing with you how she would plan the prestigious wedding:
The venue:
The venue I would chose for Prince Harry and Meghan to marry in would have to be the St Pauls Cathedral in the city of London, as that is where Prince Harry’s mother Diana, and father Charles married. To be close to his mother once again, I feel it would be a great honour to marry where she did, as she would be a part of the ceremony even more spiritually. Princess Diana arrived outside of the Cathedral in a horse and carriage, and this is how I would choose Meghan to arrive followed by her bridesmaids carrying her wedding dress train up the Cathedral stairs. The reception will carry out in the St George’s Hall, as originally planned by the Royal couple. The Royal couple and the rest of the Royal family will arrive to the reception in transport of their choice, as they may want to personalise it themselves.
The dress:
I would ask her to consider Elizabeth Florence Emanuel, as she is who designed Princess Diana’s wedding dress for one of the biggest Royal Family weddings in history. Vera Wang is also an incredible wedding dress designer so I would put her in the list of options to give to Meghan.
Flowers and styling:
After accompanying his father to Botswana and South Africa, Prince Harry fell in love with the Mediterranean surroundings (as well as falling in love with Meghan whilst being there!!), so to recreate that special memory the decorations of the reception venue are going to incorporate flowers and styling of an African theme. For centrepieces, there would be high vases placed on each table with the famous African flower protea otherwise known as ‘SugarBushes’ and Birds of Paradise. As Prince Harry has a passion for botany and studying flowers, it would be nice to have a theme of enchantment in the reception, taking floral designs from Africa, and using his favourite flowers dianthus caryophyllus, which a few species extend from south to north Africa, to create arrangements and focal points in different places around the venue. I would use Royal African styled chairs for seating for the couple on a raised stage, however incorporate a royal white backdrop, with white curtains draping elegantly behind them tied with gold tassels for a luxurious look. To not go ‘too wild’ with the theme, I would ensure the stage they are on is still up to Royal standards but have slight African styling throughout the venue surrounding the raised area. The flower arrangements will also include white garden roses, as a tribute to Princess Diana.
The food:
Ina Garten’s engagement chicken is the meal Meghan recreated the night that Harry proposed and I think including this meal (possibly as a starter) as well as a theme of Ina Garten’s food recipes throughout the day would be a special way of showing their development of success in love and recreating new memories with food. As well as having meal choices such as turkey loafs and Cacio e Pepe an Italian dish, which is two of Meghan’s ‘close to home’ memories. There would be a huge variety of desserts for example a selection of caramel banana cake slices, sticky toffee puddings and lavender shortbread pieces, which was Queen Elizabeth’s royal dessert favourites created by Chef Darren McGrady. The wedding cake will be kept simple, clean white and elegant. A wide and tall, eight tier red velvet cake, covered in white fondant and white garden roses made out of icing, to keep to the idea of a Princess Diana tributes throughout the ceremony and reception.
The entertainment:
Bruce Springsteen and Bryan Adams both played at the Invictus games, and Coldplay performed at an event for Harry’s charity Sentebale, so either of these could be an option to carry out special performances for the reception or even a song played for the Royal couple’s first dance.
It is unknown who Harry’s favourite performers are as he likes many musical acts; however, Meghan enjoys Maggie Rogers, the Crystal Fighters and Janelle Monae, so I would ask them to consider picking one or two of these to perform. As opposed to entertainment throughout the course of the evening, I would ask the Royal couple to consider African dancers and fire performers at the start of the reception, to emphasise the African theme, as I’m sure the guests would find it most amazing to watch and experience.
Then to chill out the evening, near the end and to keep it royally interesting, perhaps have ballet dancers and contemporary performances. The entertainment will be the wow factor of this wedding, as it will be most magnificent and exciting.
The ending:
To end the evening, the newlywed Royal couple will leave the reception in the horse and carriage that Meghan arrived to the ceremony in earlier that day. What a fairytale!
In a nutshell here is Rhea’s order of events:

We loved Rhea’s take on how she would plan the Royal Wedding with a unique twist. If you were the wedding planner for this wedding, what would you do differently? We truly believe it’s all about infusing both your cultures as well as your personalities into your big day!
Recently engaged and looking for some help with your wedding planning? Schedule in your consultation with Radhika or Shindy to discuss your wedding in more detail and see how we can plan and design your dream wedding. 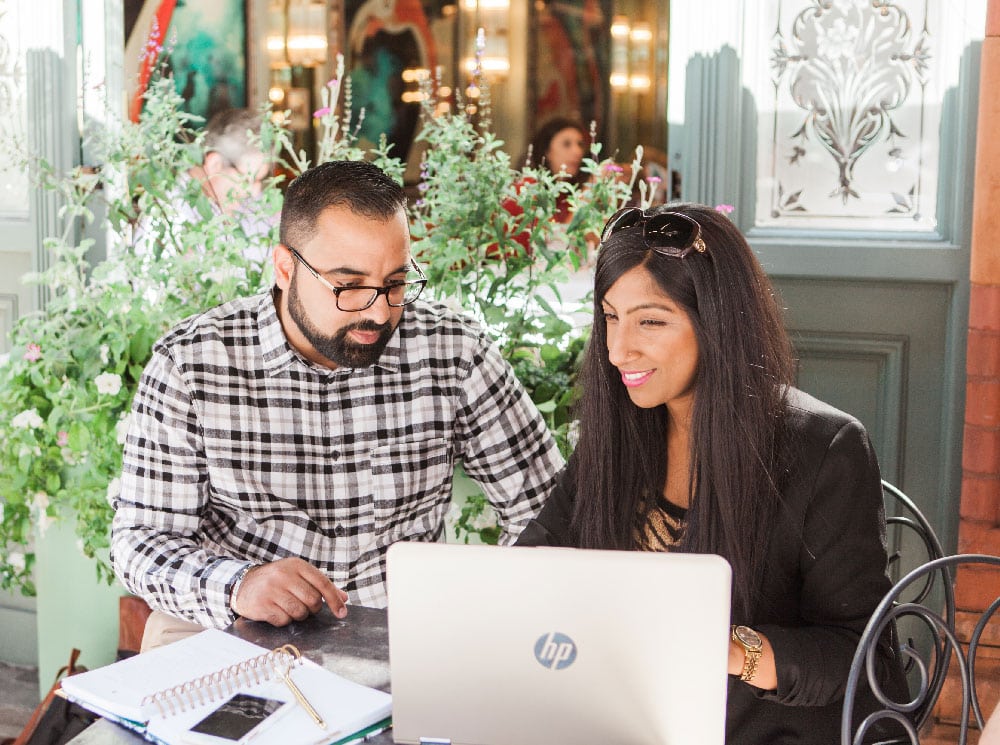